THE HISTORY BEHIND THE
CLUBS TROPHIES 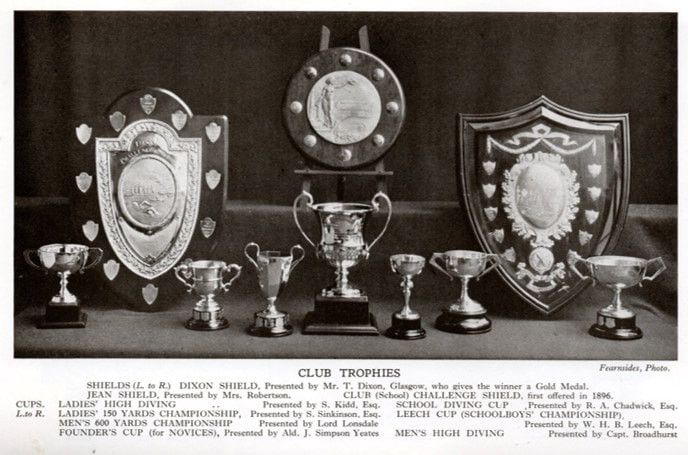 Is now for the winners of the Girls Under 16 50m Freestyle event.

Is now for the winners of the Boys Under 16 50m Freestyle event.

​Mr. T. Dixon from Glasgow but a native of Penrith presented a shield for competition between the boys of the Boys' National school.
Having been created to encourage children in the local area to learn to swim; there was a tragic accident on Lake Ullswater involving local boys from the Boys' National school. Local school Beaconside C of E Primary School inherited the shield from The Boys National School in 1979 when the Boys National School closed its doors for the last time.

Is now for the winners of the Ladies 200m Freestyle event.
Herbert Chapelhow, who was known as “Gala” because of the expertise with which he organised club events. Mr. Chapelhow won the club championship 11 times and served as either captain, chairman or president for some 55 years until he bowed out in 1979.