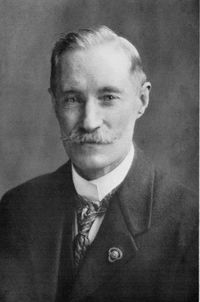 Alderman Joseph Simpson Yeates of Skiddaw Grove, Penrith, Was an apprentice in his father’s jeweller's shop in 1881.

Simpson Yeates founded the club in 1881, and who guided its progress for 27 years in the capacity of secretary and treasurer. The club owes much to Mr. Yeates and it must have been extremely gratifying to him to watch its membership grow from twenty odd to nearly 1,000. Mr. Yeates even up to his death, took a keen interest in the clubs welfare, being a vice-president.

Alderman J. Simpson Yeates has held many pivotal roles within the town like chairman of the Penrith Urban Council. Simpson Yeates was one of the first known to sail on the Ullswater Steamers.