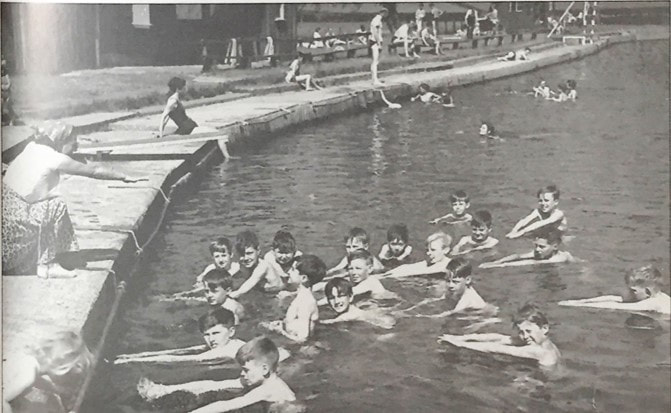 Pupils of Penrith Boys' National School kept cool in an open-air 'classroom' when they visited the bathing place of Penrith Swimming Club, in the River Eamont at Frenchfield. The instructress, Mrs. Cuthbert, demonstrated strokes from the bank.

Credit: Time of Change - Eric Davidson
After the war, in 1922, when the interest in the club was renewed, Mr. W. H. B. Leech, then president of the club, presented a handsome cup for competition between  boys, under the age of 14, attending the Penrith Schools. 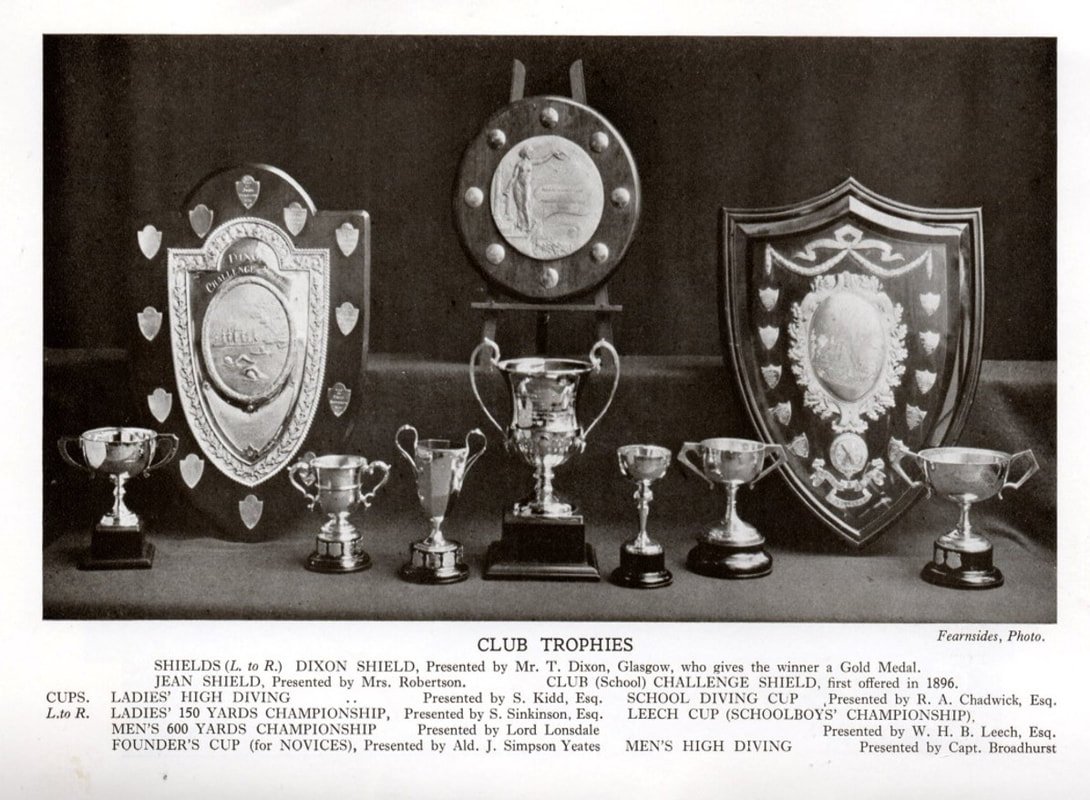