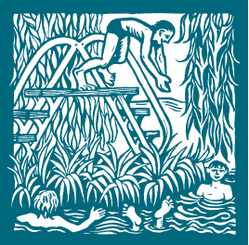 Strict Rules were formulated regarding the supervision of the bathing place, and there no doubt that it was due to these that the place was kept safe. Never, during the history of the club, had a member drowned at Frenchfield.

The first president of the club was the Rev. E. W. Chapman, then Vicar of Penrith. The vice-presidents were Professor Thompson and the Rev. W. F. Gilbanks, who was at that time junior curate at St. Andrew’s Church, and went onto be an Honorary Canon and Rector of Great  Orton, near Carlisle. The committee consisted of Messes, T. W.  Grisdale, W. G. Kirkbride, J. J. Bewsherand . Goodfellow, while Mr. J. S. Yeates was secretary and treasurer. The captain was Mr. W. Kirkbride

In this first year of the club’s existence,  fund was created which formed the nucleus of the reserve fund which the club possess to-day, Mr. Yeates arranged generously paying any expenses any expenses incurred during the first twelve months.

It was not until 1882 that the club obtained a place which to bathe. In that year Mr. Yeates arranged with Messrs, Armstrong the then tenants at Frenchfield, for the club to use the portion of the land on the bank of the river Eamont, which it has occupied from that time to the present day. At that place the first pavilion was erected by Mr. G. Brown, Joiner, Penrith
​